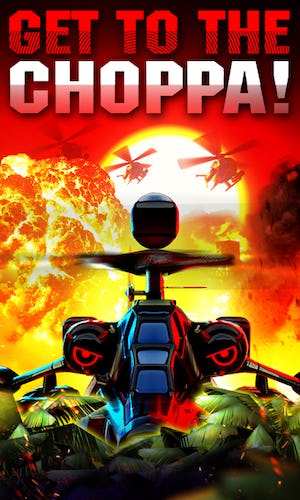 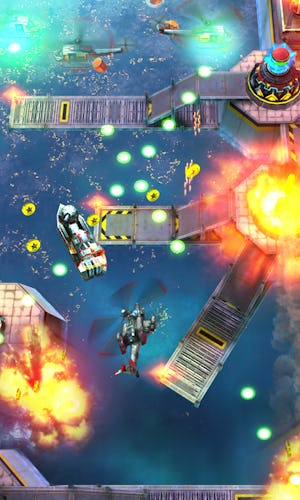 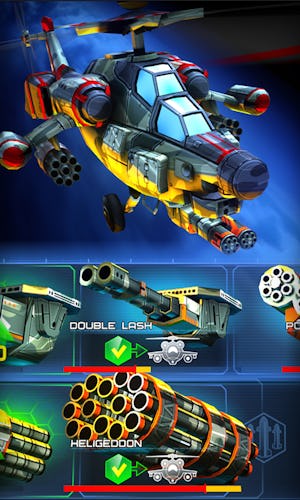 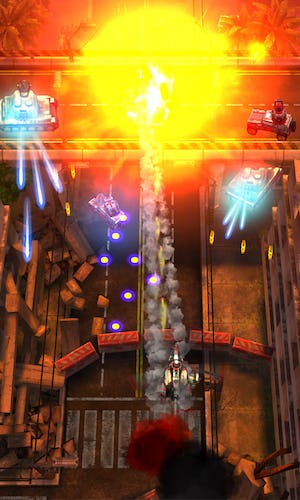 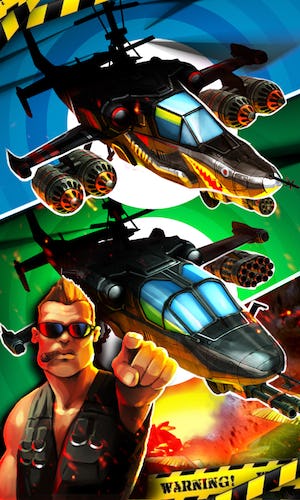 HELI HELL gives you a wall to smash into, over and over again - pocketgamer.com Pilot, the world is on the verge of war. The situation is critical: it's time for ACTION! Tear the sky apart with the blades of your helicopter and shoot down every enemy coming across your radar! More powerful than ever, Dr. Evil and its squadrons have holed up on the Island of Vylleña. And now it's up to you to track him down, fight and destroy all hostile activity before he brings chaos to this heavenly region. Flying your heavily armed helicopter, do whatever it takes to avoid another deadly war to break out and bring back freedom and democracy to Vylleña Island. The villain has marshaled a destructive gear of war: planes, warships, tanks, speedboats, gun-turrets... Not to forget the shadow of monumental bosses ready to appear when the action is at its peak and reduce your hopes to ashes! HELI HELL offers a modern take on the vertical arcade shoot em' up genre. Both video arcade machine buffs and fans of action and shooting war games will definitely be hooked. ★ Take control of 6 war machines disguised as realistic helicopters ★ Blast everything with 22 upgradable weapons: mini-gun, rockets, cannons... ★ Fight over 50 loaded enemy forces ★ CRUSH MASSIVE. HEAVY. BOSSES ★ Experience stunning 3D graphics and neat destruction effects ★ Fly your helicopter through fifteen action-packed challenging stages

To be able to play HELI HELL you need to download our Club App that contains all our great games.